Last month there was another flurry of tweets about a church that had wrongfully terminated staff and forced them to sign non-disclosure agreements. Timothy Isaiah Cho, an associate editor at Faithfully Magazine tweeted:

I mean, signing an NDA [non-disclosure agreement] as a condition for a severance package following a wrongful termination seems rather…un-Christlike. I didn’t realize that suppressing the truth and holding people for ransom with their livelihoods was an acceptable tactic for Christians.

“Totally unacceptable and too common,” I replied. Whether through carelessness, ignorance, inexperience, misplaced priorities, ill will, or some other reason, the pain of an involuntary termination badly handled runs deep and can be long lasting for pastors and others who work for the church and church organizations. That pain runs deep and can be long-lasting for family members as well.

That’s why today I’m sharing the story of one pastor’s spouse who speaks of being “church road kill”—harsh words, yes, but an apt expression for those who find themselves run over by the church or other Christian organization. Says Cheryl Berto:

It took me a few years and lots of time spent in prayer and writing and rewriting a letter to the elders of my former church before I was able to write this article without tinges of bitterness in it.  So of course it’s a process; a few weeks ago I had a healing conversation with someone who suggested that God didn’t want me to live disappointed—which was my overarching leftover experience—disappointment in the decision-making process and lack of discernment. Freedom is my goal, but I hadn’t considered how disappointment was a cloud still hanging over me.

Thank you, Cheryl, for sharing your heart. I pray that your story will contribute to healing, freedom, and learning to do better in churches and other Christian organizations. 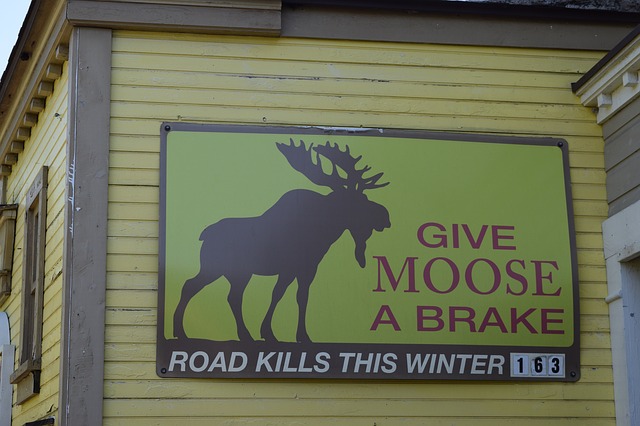 Road kill is the term used for an unsuspecting animal that gets run over by an oncoming vehicle on the highway. I am always sad to see the poor creatures left to decompose at the side of the roadway—and even sadder when they fail to get to the edge of the road and are continuously pounded flat by the tire treads of more vehicles. I personally try to avoid those road kills as it feels disrespectful and dishonouring to thump over creatures made by God, even if they are already dead.

Church road kill is when a church runs over an unsuspecting person—either clergy or laity—as the church speeds forward to some bright destination on the horizon of its perceived future. That bright destination can be any number of noble and good things that a church desires for itself. But tragedy befalls that church, when in its passion to reach a desired goal, it broadsides and kills relationships along the way.

Pastors and their families who get fired or forced out feel like road kill. At least that is how I felt. My friend, Carol, wrote her own story about the trauma of her departure from her former church. I half joked with her about writing a book called Church Road Kill, and she liked the title immediately and enthusiastically pressed me to write it.

Soon after our conversation, Carol visited with a pastoral couple who had also been traumatically expelled from their church. When she mentioned my book idea to them, they all laughed uproariously together—not because it was funny, but because it rang so true for them. They too felt run over by their former church, while they lay bleeding on the side of the road. They added that it felt as if the church had even backed up to roll over them a few more times. This was cause for more laughter—again, not because it was funny, but an apt description of their experience.

Here is the thing that people do not know about pastors who are forced to leave a church they love: they may leave quietly and without a fuss, but behind their smiling farewell they are heartbroken and devastated, and it takes many months—and often years—to recover. Some never recover. I think this is important for church folk to know, and I am hopeful that in knowing this that someone will try to do things differently.

What exists between a pastor and his or her church is not a contractual agreement, but a love relationship. So when a pastor is forced to leave, it is probably best understood as a divorce rather than a job loss. An employment contract is important to have when love gets lost, but God’s design is for the church to be a spiritual family, and to emulate his heart of love expressed through relationships. In a family paradigm, sending a spiritual leader away is to be divorced.

When a church dismisses pastors and other leaders for the purpose of improving their financial bottom line, or to increase their market share of adherents, they have lost their love, their spiritual GPS. The high level of forced departures of pastors from their churches in recent years is one indicator of how the culture of big business has infected the church.

It has been over nine years now since I had to leave my church. I would like to think that I am not bitter, but it’s hard to know. I still have lingering grief—not much, but enough so that I do not look forward to being back in the church building for a wedding or a funeral. I have wished that I could devote a day or two to getting all that loss and grief out of my system so that I never have to be sad again, but I have done lots of crying for a lot of nights for a long time.

These days I don’t think that much about it, but the grief still comes up sometimes when I see someone that I know from my former church. Seeing them is a reminder of the loss, and always brings me down. That’s the thing that really bites, that when I see those people that I love, I can’t just be glad to see them; I also feel the grief. I have done a lot of avoiding for that reason, and I am crying even as I write this.

Yet God always has gifts for us in the challenges that he allows, and the unexpected gain of this very painful experience is that there are a lot of people here at the side of the road. Once the pain stopped being so blindingly intense, I was able to look around and connect with my fellow road kill. Some are also church road kill, others are divorce or abandonment road kill, financial failure or physical ailment road kill; we are victims of a variety of vehicles, but the fellowship here is quite powerful.

Here at the side of the road are the people for whom Jesus is God-with-us. He is present here, hangs out here with the bruised and broken, the least, the last, and the lost—you know whom I mean, with the people who need a doctor (Matthew 9:12). These are the people who despite their wounds have depth and strength, and are typically quite compassionate and kind. What is beautiful about them also is that often their hearts are spiritually open—wide open.

What is important to consider is that this is actually a good place for the church to be: at the roadside, rather than speeding off toward some business-driven idea of success.

Cheryl Berto is an adoption social worker and family therapist with extensive experience working with couples and individuals, including those who have experienced trauma and abuse. She is married to the senior pastor of a mid-sized evangelical church. An earlier version of this article has appeared on her website, which includes information on her approach to counseling and services available.

What Do You Do When Your Job is Terminated?

How to Get Over a Painful Termination—Or Can You?

Is There a Better Way to Terminate an Employee?

For more encouragement and resources on doing ministry better:

I currently serve as resident author with a liturgical worship community, write online and in print publications, and often speak in churches and other settings. Publications include On the Way with Jesus, Four Gifts, Sacred Pauses, and other books on Christian living. Websites: AprilYamasaki.com and WhenYouWorkfortheChurch.com. View all posts by April Yamasaki

This site uses Akismet to reduce spam. Learn how your comment data is processed.